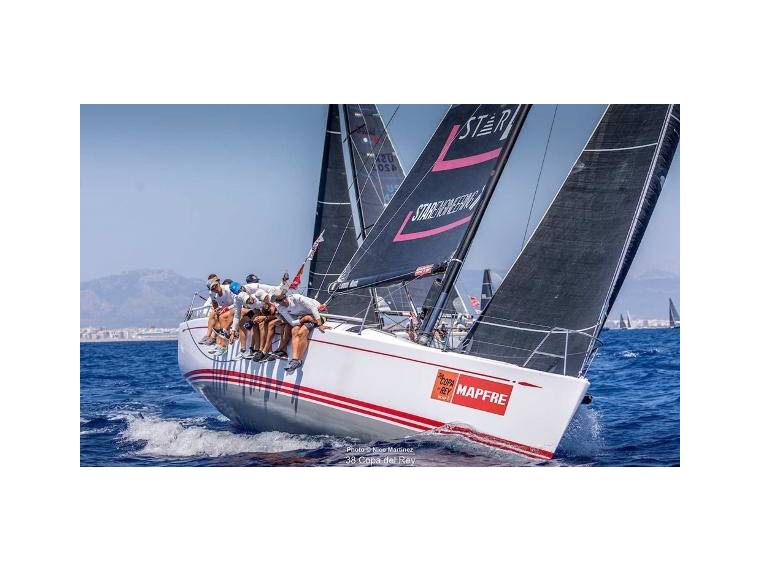 The Club Swan 42 was designed by German Frers and built by Nautor's Swan and first launched in 2006. It was initially launched and referred to as New York Yacht Club 42 as the design was commissioned by the club following a tendering process.

The boat has had significant racing success, both as a one-design and under rating rules such as IRC and ORC, and was used for the biennial Rolex New York Yacht Club Invitational Cup from the event's inception in 2009 through 2017.

The pushpit, pulpit and stanchions are of stainless steel.
The life lines are 600 mm high, with lower life lines at minimum ISAF/ORC height. There is one pair of mooring cleats at front.
Built-in GRP foot chocks for helmsman/tactician and mainsheet trimmer
There is a boarding ladder aft and a flagpole holder on rear.
Mast collar with Spartite
The grab rails are on each side of coach roof and companionway.
Headstay attachment on stemfront (below deck for Reckmann furler)
One folding pad-eyes for harness attachment in cockpit.
Safety lines attachment to pulpit and pushpit base.
ISAF/ORC regulation toe rails (30 mm high) moulded in on the foredeck.
GRP mouldings and vents
Deck storage on foredeck and in lazarette
Lockers for storage in cockpit coamings on both sides
Locker for storage in seaport side aft coaming
Life raft storage on deck at companionway (GRP cover)

We have added the Nautor Swan ClubSwan 42 to your favourites

Be the first one to know!
Create your alert and receive in your email similar boats to the Nautor Swan ClubSwan 42