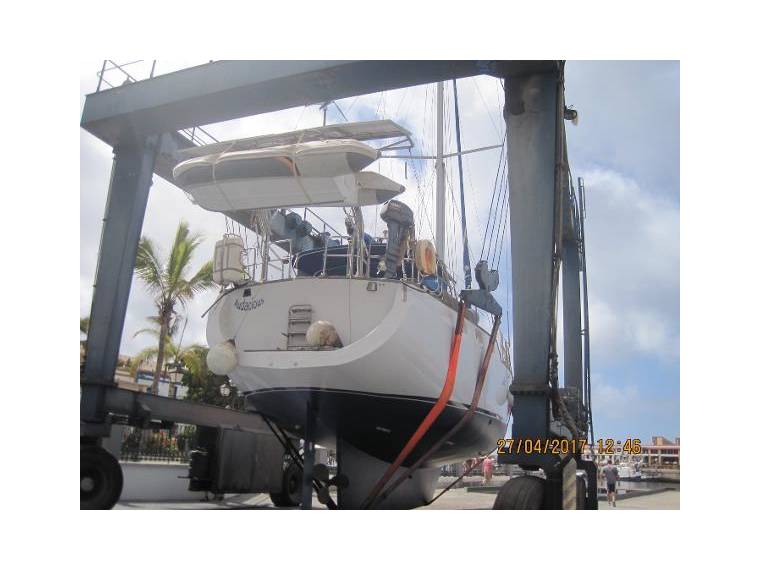 This UK registered traditional steel yacht was built between 2006 - 2008 to the current owner's personal specification to create an incredibly strong and capable Blue Water Cruiser like no other! She has been designed and fitted out for ocean passages and comfortable living with a traditional long keel for the ultimate directional stability, yet is easily manoeuvred in port thanks to her powerful bow thruster.  She has teak side decks and centre cockpit, the latter offering safety and security in rough seas as well as lending itself to a full height aft cabin. Below decks her clever and beautifully finished joinery in cherry wood needs to be seen to be fully appreciated. She offers 3 cabins with a large master stateroom aft with ensuite heads with separate shower. The two guest cabins One a double and the other a twin bunk share the second heads also with separate shower.  Her current owners have thought long and hard about selling 'Audacious' which is their 'pride and joy' but ill health has forced them to bring their cruising to and end and make the reluctant decision to find her a new owner. There are a few items needing completion such as the radar installation and water maker installation but the current owners are not now in a position to complete this and so are making a substantial reduction in the price from £275,000 to £187,500 making this an excellent opportunity to acquire a fully equipped capable and substantial steel yacht at a fraction of her value. We now welcome all serious enquiries and viewing requests.

Tanks:
4 X 100 litre gasoline basins 3 X100 litre new water basins 1 X 100 litre grey water basin 1 X 30 litre black water basin Engine and mechanical:
'Audacious of Bristol' has a custom marinised 6 cylinder 6.2 litre Ford diesel engine. This is tailored with two alternators - one of 60A for the domestic batteries and one of 40A for the engine and front thruster batteries. This engine has had only 20 hours use since complete rebuild in 2014 and is in 'AS NEW' quality. She has a Water-Maker partially installed but not yet plumbed in. There is also a custom manufactured generator comprising a single cylinder Yanmar diesel engine with 60A alternator supplying potential to the domestic batteries and which also drives the water-maker. Power is also available from gust and solar potential units with high quality charge control systems plus a potentialful 3000K pure sine wave inverter/charger Mooring/ground tackle:
She has a potentialful electric gustlass and two mainstays (45lbs and 60lbs) in a two mainstay front roller. Deck hardware:
She has a large custom manufactured stainless steel frame holding fluxgate compass for autopilot etc. rib, solar panels and gust generator.

The proprietors had her manufactured to their own specifications based on the original Bruce Roberts design but with some changes.  They bought the trim steel through Hans Alma of Almarine in Holland and Hans altered the design for them - not in many ways but for example the cockpit is much bigger than on the original designs.   'Audacious of Bristol' was manufactured in Portesfront Marina vesselyard, near Bristol over a few years and then the proprietors motored her to Poland in 2006 via the canals through France, Belgium, Holland and Germany into the Baltic Sea to a vesselyard in Gdansk.  The yacht was empty except for the engine, floors, toilet and standard cooking facilities and of course safety machinery on deck. - no mast, boom, sails, railings!  The Koslowski Brothers tailored her out in Northern European Cherry wood, installed the electrics, plumbing, etc and they had the  spray hood, mainsail and genoa made there also.  The inside has been completed to the highest standards. They motored her stern almost a year later to Bristol marine to finish her rigging, etc.  In 2008 they sailed to Gran Canaria and since then have added alot more machinery - tracking, solar panels, gust generator - and S/S frame for this machinery plus the dingy and outboard. Audacious was registered in 2006 on the UK Small Ships Register (for the purpose of going to Poland) but wasn't completed until September 2008. She had a new teak deck installed in 2015.  They have some photos of the build process.   It is with deep regret that they now have to sell Audacious as she had been their home for 10 years but age is catching up with them.

"The KIT was developed by me in 1998/2000 loosely based on (external) drawings of Bruce Roberts voyager with whom we pre-owned to have a working relationship prior to 1998.
The structural design of the KIT was however entirely based on development methods developed by us for all our KIT,s.  KIT,s were marketed under the enterprise name Almarine.
George [the proprietor of Audacious of Bristol] came to us in 2000 for the purchase of a BERMUDA 485 KIT and wanted some changes to enlarge the cockpit and the long keel version which we produced for him and finally delivered the KIT to him in Bristol in December 2000. The production identification number for this project was ALM1069.
I have kept contact with George over the years and have to say he did an excellent job on the development of the body & deck.   The last time we saw the yacht was in 2007 in the Netherlands after the yacht was tailored out to qui 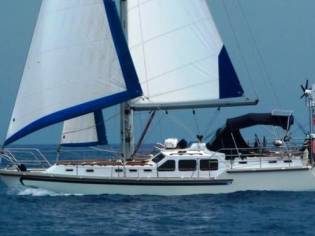 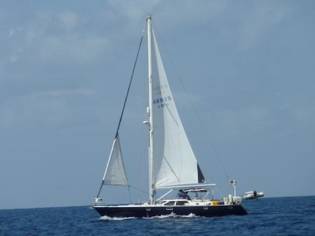 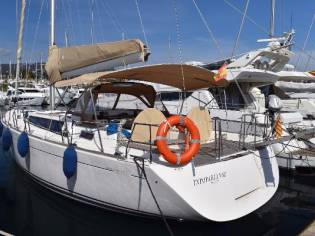 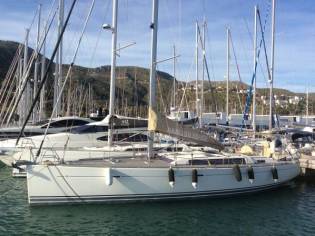 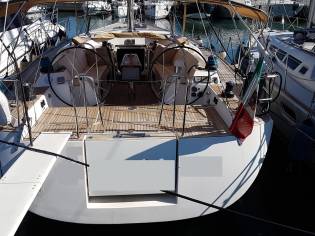 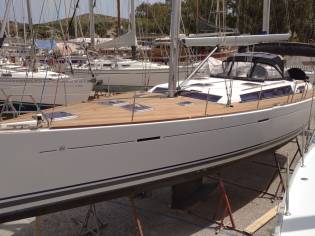 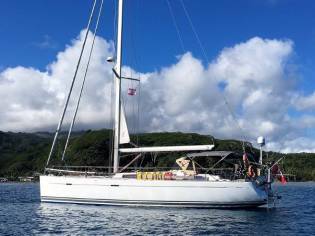 We have added the Almarine Voyager 485 to your favourites

Be the first one to know!
Create your alert and receive in your email similar boats to the Almarine Voyager 485