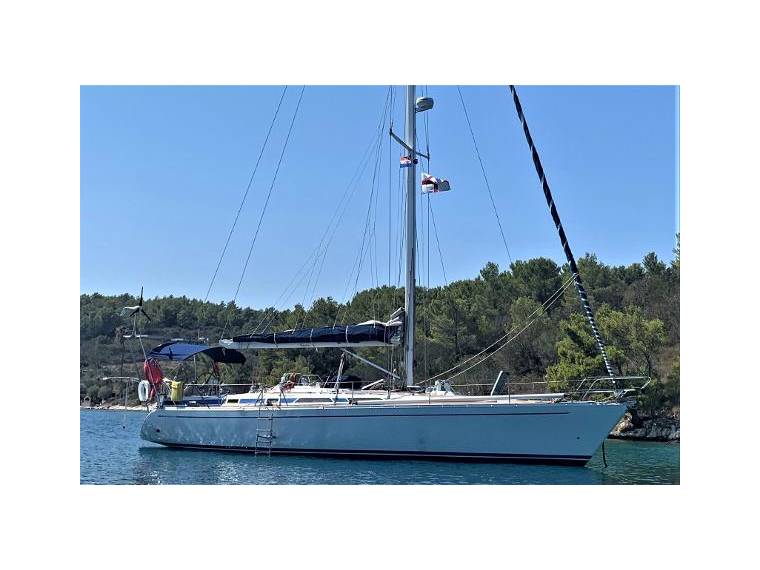 Beautifully built German Frers designed Grand Soleil 45 launched in 1995. Huge bluewater specification coupled with versatile, three-cabin, two-heads interior layout. An iconic design and capable of everything from crossing oceans to sailing around the cans.   FURTHER BROKER’S COMMENTS:   RELENTLESS is a very smart, late example of the highly-regarding German-Frers era Grand Soleil 45. Built to an extremely high standard, these evergreen ocean cruising yachts have proven themselves to be very popular amongst the bluewater fraternity, attracted by the high build quality, safe and predictable sea-keeping and generous performance under sail.   RELENTLESS was purchased by her current owner in 2011 and has since undergone a program of refit and upgrades to prepare her for long-distance and liveaboard sailing. Her specification highlights include:-

Now lying ashore in Trogir, Croatia, British-Registered and EU VAT-paid, RELENTLESS if offered for sale as her owner wishes to move to a larger Grand Soleil.   OWNER’S COMMENTS:   Between the years of 2005 and 2011, amongst other boats, I sailed extensively on a friend’s Grand Soleil 45. During this time, I was totally ‘blown away’ by quality of build, performance and spacious owner’s quarters, aboard this German Frers designed boat, which shares many similarities in terms of build, design and finish with a Nautor Swan of the same era.   Consequently, in July 2011 I purchased my own GS45 from an English gentleman who berthed RELENTLESS in Kinsale, Co Cork, making me her fourth owner. In July 2011 I sailed her back to Portsmouth and undertook the task of equipping her ready for longer ocean passages. This process of replacement and upgrading has continued over the years, and during this time, she has been maintained regardless of cost.   In 2012 we sailed to the Mediterranean, 2013 to the Canaries, 2014 to the Caribbean for extensive cruising, 2016 ARC Europe, 2017 the Canaries, 2018 back to Mediterranean via Madeira and then to Barcelona, Balearics, Sardinia, Sicily, Malta, Italy and to Croatia in October 2019 where she is currently berthed.    RELENTLESS is an extremely strong and stable vessel and in rough conditions will always give the crew a feeling of safety and security. She is a fast sailer and fully equipped for ocean passages.   I will reluctantly sell RELENTLESS in order to purchase a larger Grand Soleil to continue sailing with more of our family able to join us, on board, for our future travels.   CONSTRUCTION   RCD Status:                                           &
Read more...
See less
Ref:: 7616356

Grabau International deals the details of all boats in good faith but cannot assurance or warrant the accuracy of this information or warranty the quality of any boat and the details do not constitute a part of any contract. A buyer should instruct his agents, or his surveyors, to investigate such details as the buyer desires validated. All boats are offered subject to prior sale, price change, or withdrawal without notice. Grabau International provides professional yacht conveyancing and legal transfer of title for all yachts as per the ABYA Code of Practice with all deposit payments and final balance payments processed through secure dedicated client accounts solely for that purpose. Our dedicated client accounts are written in trust at Natwest Bank and we are fully insured.

See the full specifications of the Grand Soleil 45' 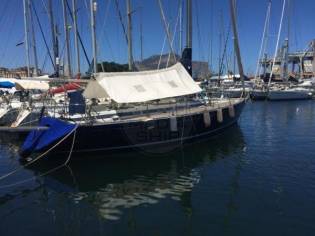 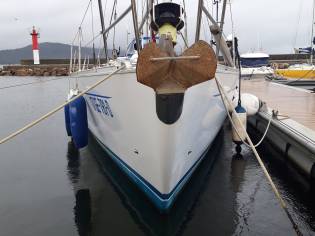 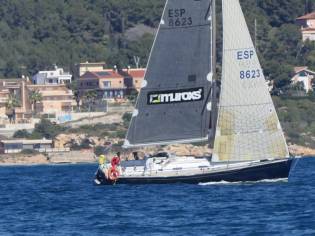 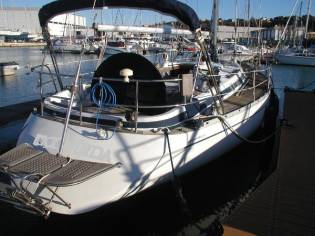 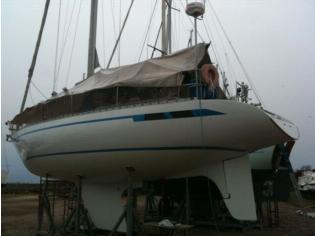 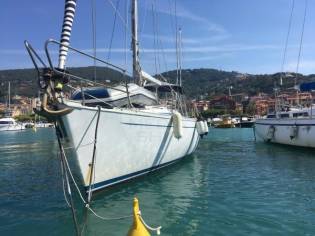 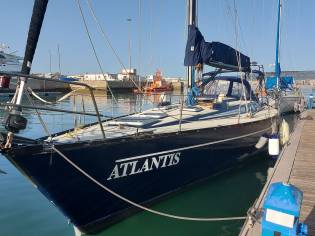 We have added the Grand Soleil 45 to your favourites

Be the first one to know!
Create your alert and receive in your email similar boats to the Grand Soleil 45