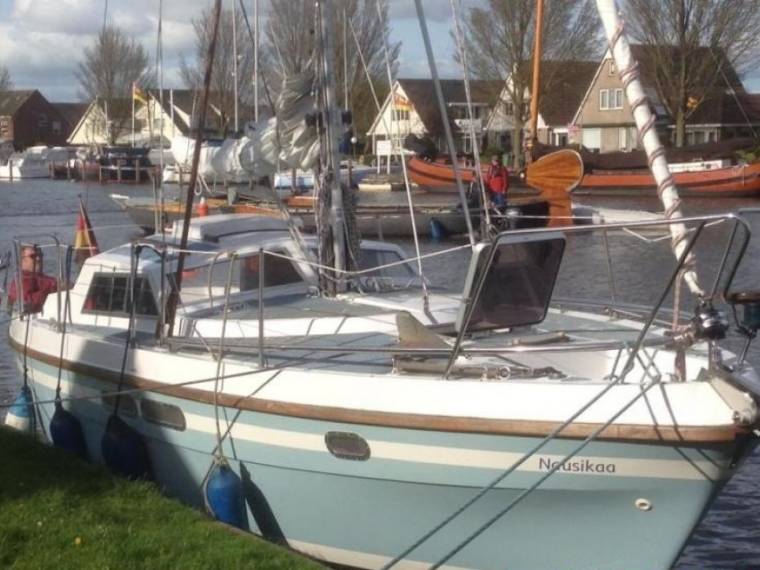 .
Beautiful Southerly with many innovations. Large sailing area and can dry out. Ideal for the mudflats! Recent bow thruster. Info: ***.***.***
This beautiful practical Southerly is ready to sail and well maintained. Due to a change of occupation, the current owner can no longer make use of it. Hopefully there will be a new owner who will use the 'Nausikaa' to its fullest again. Ideal for the Wadden Sea and other drying areas due to a turning sword between the bilge keels. With a draught of only 80 cm. one can enter many ports where other ships cannot reach. Equipped with a mast ironing installation and good anchor possibilities.


The engine was completely overhauled in 1997 and mostly used on fresh water. The diesel tank (100 l.) is made of stainless steel. In October 2019 the cooling circuit was cleaned and found to be in order again.


The Gaastrazeilen are in a good condition and can be used for many years to come. Equipped with a Selden-Furlex 100S. The mainsail is very handy because of the Lazy Jack (2015). The underwater hull has been renovated in ***.***.***.


In 2016 a new anti-slip Gisatex is applied on the deck and an original Rosch-plastic teak in the cockpit.


There is also a Ray 101 E and a Ray ST 40 Bidata with box and depth gauge. The Victron Pallas 12/25 charger has been extended with a Victron battery level indicator (with Bluetooth). Two service batteries An illuminated compass from W Plath Merkur completes the equipment. The control panel is simple but technically sound and clear. The automatic bilge pump is from Rulemate.


The upholstery, mattresses (2015), carpet (2016) and wall coverings (2017) are like new. The old gas system has been replaced by a spirochook with two burners. A lot of extra storage space has also been created. The fresh water tank is made of stainless steel (100l). The refrigerator is a Saeco Coolmatic RA / RD 40E. All lighting has been replaced by new LED lights.


In the cockpit there is a cockpit table (System Lagon) and there is a fixed stainless steel swimming ladder. Since 2016 there has been a strong LED floodlight on the mast.


In 2015, a Webasto air heater with air outlets will be installed in the bathroom and in the seating area.


The bumper on the front right needs to be repaired. 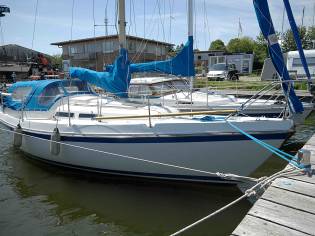 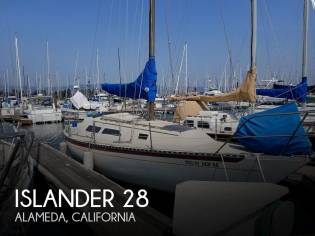 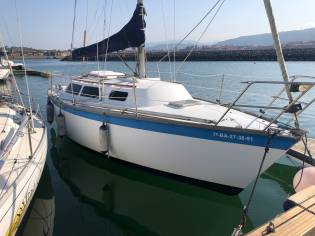 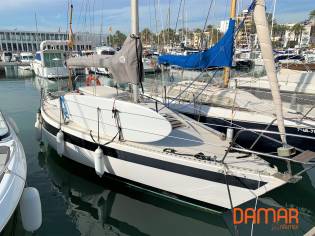 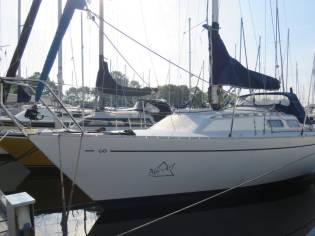 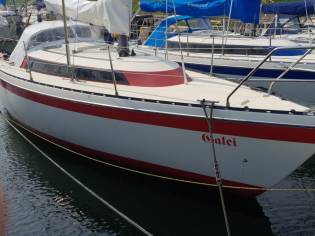 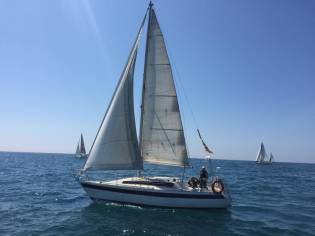 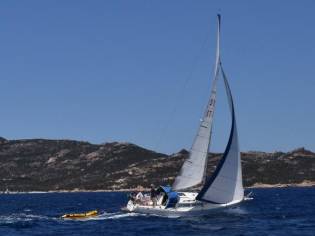 We have added the Southerly 28 to your favourites

Be the first one to know!
Create your alert and receive in your email similar boats to the Southerly 28